Oop. When I plugged in the G2T the LEDS went real bight and now are just barely on all the time. 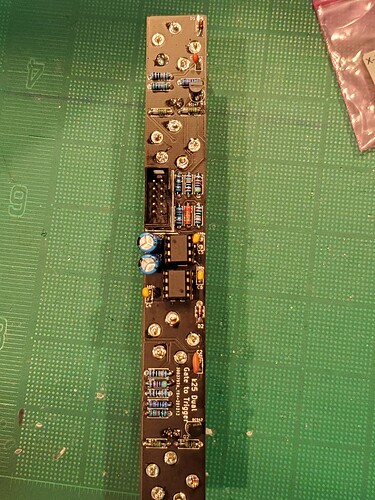 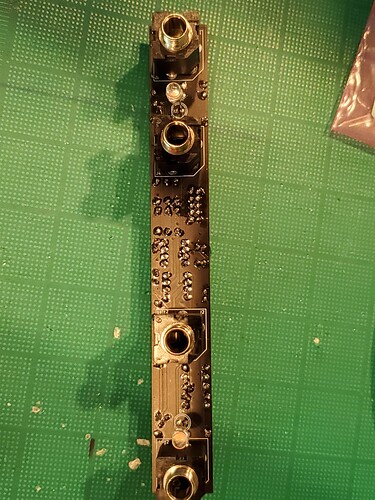 After some playing around - I think it is doing exactly as it should. The LED’s just flash when it gets powered up and stay on at a very low level unit it receives a gate signal. I just wasn’t expecting that particular reaction.

This is sincerely addictive. I need to get my clock divider up and running now.

Nice, you could test it with an envelope gen.

I’m going to have some of these modules printed and since I don’t want five of all of them I was wondering if anyone would like to have some too. I’m based in the Netherlands so I can ship to anywhere in the EU.

I’m getting the LFO, Sub Osc, Attenuator and Attenuverter but I can always add more

Send me a message if you want in!

And thanks to @CTorp for designing these! They look like nice additions to my ever growing Kosmo rack

Right on! Enjoy! If you end up printing the EG, there are two faceplate versions, one with pos/neg switch, one without.

I might have to mod your EG, my wife really like to have both pos and neg outputs from an envelope generator (for making stereo effects, etc). Since that means I would be removing the switch then there’s plenty of room for another jack

EDIT: Now she tells me that she rarely uses that feature and that the negative outputs on my O6Beptka envelopes is enough

Did you or @MacMannes ever resolve this? I breadboarded the Schmitz “Fastest Envelope in the West” today and it similarly doesn’t return to 0 V, I tried adding the diode and 100k resistor and that made it get back to 0 V or at least a lot closer. Downside is it reduces the amplitude of the envelope a little including the sustain level, but maybe that’s acceptable. 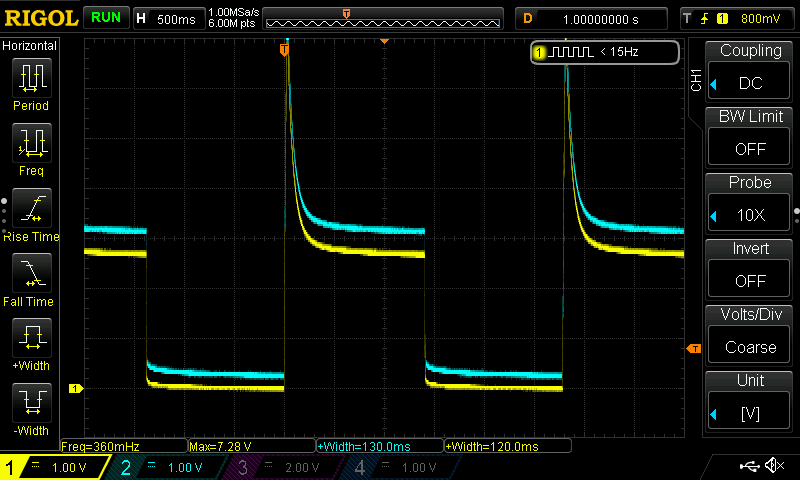 Blue = before diode, yellow = after.

I’m surprised you didn’t see better results, but maybe something else is going on. 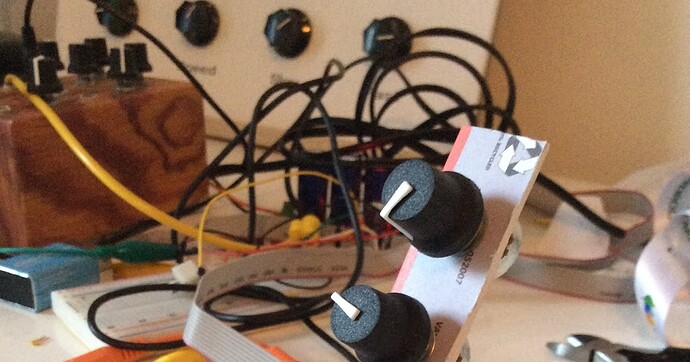 This is a modified version of Yves Usson's Yusynth ADSR envelope generator , which is in turn based on an 1980  article  by Jonathan Jacky ...

This design takes it further, getting rid of the remaining ~20 mV using a MOSFET switch, but that’s probably more trouble than I’d find it’s worth.

ADSR circuits based on the 7555 timer IC have a long history, their main appeal being simplicity. However, they have issues. I breadboarded one version, but it just wasn’t good enough for my …

Did you or @MacMannes ever resolve this?

Sorry for the late reply… but no, I didn’t fix it, but I will try adding the resistor and diode soon.

I take back anything I might have said about the triangle waves at the extremes of the ranges on the LFO.

Using proper film caps for the range caps the triangles are perfect and crisp across the range. Very lovely!

I wouldn’t mind having a couple more of the LFOs myself!

Did you say that? I thought I said that. And like you I found it looked good in the final build; I didn’t associate it with the cap at the time, but I may very well have used a ceramic on the breadboard.

The other day I was breadboarding an ADSR and found it worked significantly better with a film cap than an electrolytic. Of course if you want long envelopes you need multi µF caps, and putting ten film caps in parallel on a PCB does use up a lot of room.

Yeah well at first i tried a tantlum cap for 1uF and that didn’t work at all for long, and then I put a NP elec in and that worked but it was a bit roundy at the extremes.

marginally, but i thought our success criteria was PCB space?

Not sure if this was talked about elsewhere but what is the bottom jack of the Sub-osc used for?

I would guess it outputs a square wave pulse, however it seems to be to low to either be audible or trigger anything.

Yes should be negative two octaves pulse waveform. Which kind of has the same harmonics as -1 square so it sounds ‘less low’ than the -2square

Try it with a sawtooth going into the input

Interesting! Ive found that putting anything other than a sawtooth makes it ‘act up’ quite a bit.