I have been wanting a Turing Machine module and I have also been wanting to learn to design modules with Kicad, so here is the result: 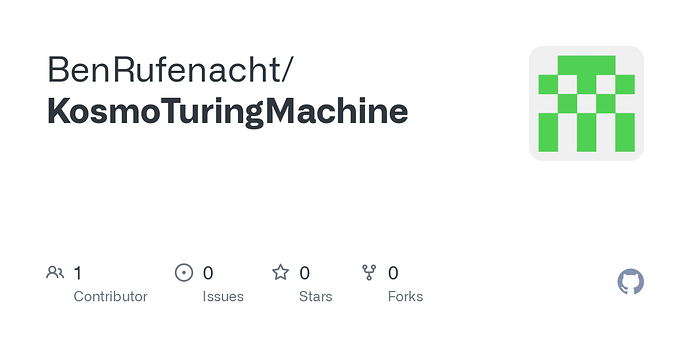 Contribute to BenRufenacht/KosmoTuringMachine development by creating an account on GitHub.

If anyone wants to look it and give me some feedback before I send it off for manufacture, I would appreciate it.

Neat! I have a kit for this waiting to be built. I was thinking of 3d printing my plate.

Cloned! I’ve had the Turing Machine on my to do list for a long time — admittedly it’s living right next to the bottom of the list, but mainly because of the work involved in doing a Kosmo adaptation WHICH SOMEONE HAS NOW DONE awesome

Added: I’m a little confused by the 2x16 shrouded headers on the front of the main board, won’t they be right up against the front panel?

Added more: One minor quibble I have is the silkscreen for the footprints, which in most cases have both the reference and the value inside the component area. That means neither is visible after assembly. I like to put the value inside the area (it’s most useful during assembly) and the reference outside (most useful during troubleshooting). Granted you have a pretty crowded board and there isn’t much room for references outside the component area, but I think you could sneak them in. 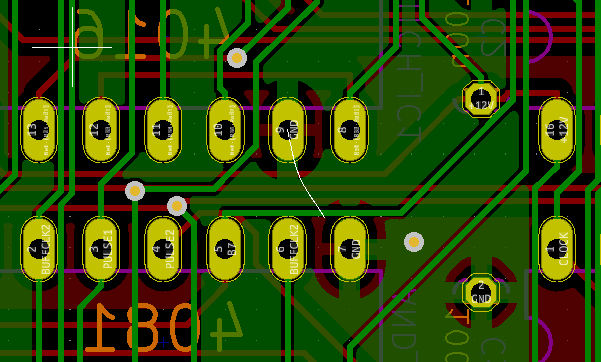 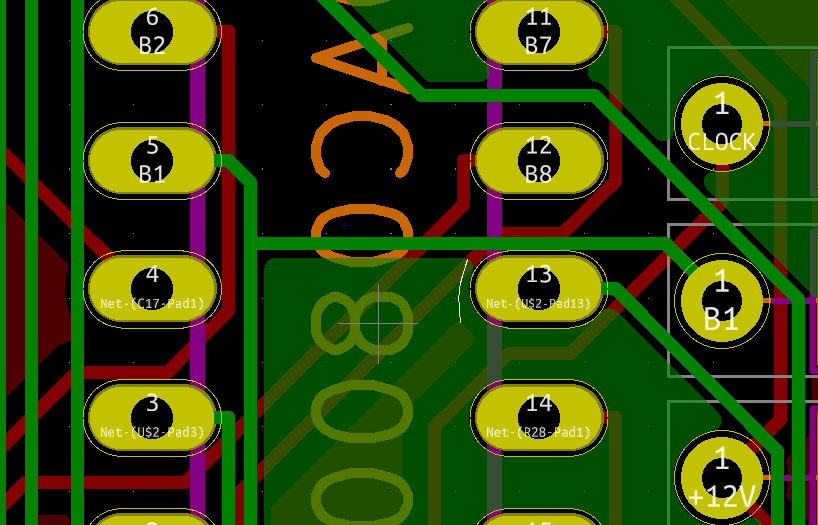 And that is why I posted it before I sent for manufacture.

I will flip the two expansion headers to the back of the board where they belong. I will be working on the pulses and volt expansion boards so I can have them manufactured at the same time.

I did not change the silkscreen. I am not sure there is an easy way to do that for the resistors on this tight board without making it difficult to tell which label goes with which part.

Thanks for the notes.

Does anyone know why the schematic for the Turing Machine has two 9v regulators, one for each buffer chip? Could these not share a single regulator?

I can’t see any “electrical” reason.
I think it’s because they are 78L09, which can only provide 100mA, and space was probably missing on the PCB to put a single 7805.
Just my guess.

My guess would be that the gate outputs were bleeding through into somewhere else via the power rails and putting them both on one regulator didn’t fully eliminate it, but that’s just a guess.

Volts Expander is now up: 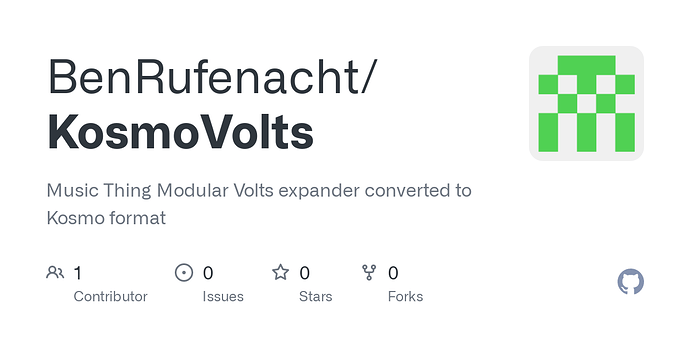 Really cool! I want one! Where are you based and do you plan to sell/trade an extra set?

I am in the US. Yes, I will likely have extra sets to sell/trade.

Are these files verified, built and tested, or still in development phase?

Status:
June 2022 - Boards have not been manufactured or tested

From the GitHub page.
But it’s an existing design brought to Kosmo size only and @analogoutput and @eric did have a quick look at it, so chances are not too bad

I will have a test run made as soon. I want to finish the pulses expander first.

Thanks for the update. Once the layout is tested, I can order a batch and make them available for the folk in Europe.

I’m interested. (if you can ship to the UK for a reasonable price, that is

don’t skip on voltages too, I find that a lot of fun. You can probably combo pulses and voltages onto the same panel as they kind line up in their arrangement.

I’ve been building slimmer versions of the euro modules in kicad, so if you want my layouts to work from, gimme a shout.

Yes, this was fun to see while I was working on hacking his designs into Kosmo.