Is your module held by a vise kinda thing that can rotate somehow?

I’ve always wondered whether these kind of contraptions are really helpful in general work. It’s probably a matter of getting used to.

I’ve been using some pieces of marble I found in the road some time ago. They can be used to hold things down (I use gaffer tape for that too) or up in various ways.

Glitch and delay
refer to below page.Thanks! 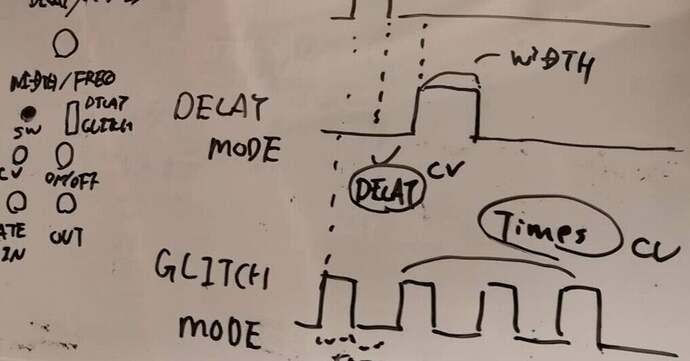 oh please tell more about these modules, have I missed something here?
The waveshaper and pll?

Sneak peak at my next little project, rack filler utilities in 25mm with focus on keeping component count down. Most are 15-20 components and could be called the TL072 series because I think 5 of the modules use a 72 to do the business [image] Will have to make a couple fixes, the serial numbers most annoyingly. One of them was on me for forgetting to hit specify location, the other is on JLC

Its a very nice vice, theres a bunch of different mounts for different jobs. (I still just use the stock one)
It might be a bit overkill for what I do as a hobbyist. I could do just as well with a standard pcb vice or a mound of blu-tack I reckon.
The same could be said about another guy I know who uses his panavice to hold locks for picking practice =D

Honestly though, I see my hobbyist ways outliving a plastic vice, may as well get something id struggle to break, even intentionally.
Its nice n heavy too, so no way its going to topple over holding a module.

Those are by @telec16. There’s some discussion starting here

Video on other modules in kosmo format KOSMO MODULES 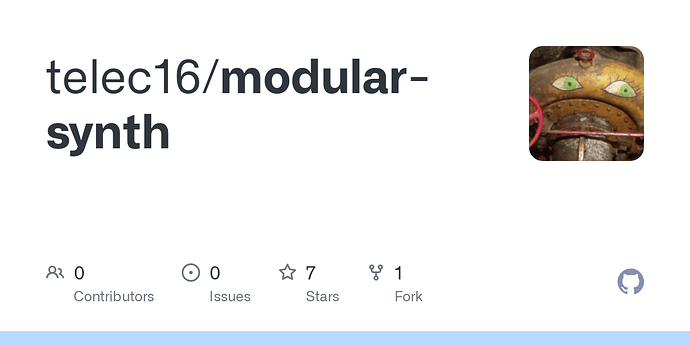 Contribute to telec16/modular-synth development by creating an account on GitHub.

thanks! I’ll look into it.

Since the 47nF ceramic capacitors turned up, I couldn’t not wire up the tone POT. I swapped a few of the electrolytic capacitors while I was at it, so out went the 47µF, then I shunted the 22µF and 2.2µF along one, then added a 1µF. 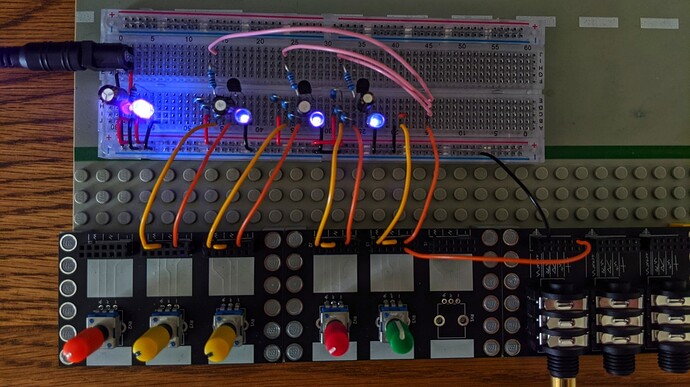 I think the 22µF need to go too, so will have to add some 10µF or similar to the next component order. 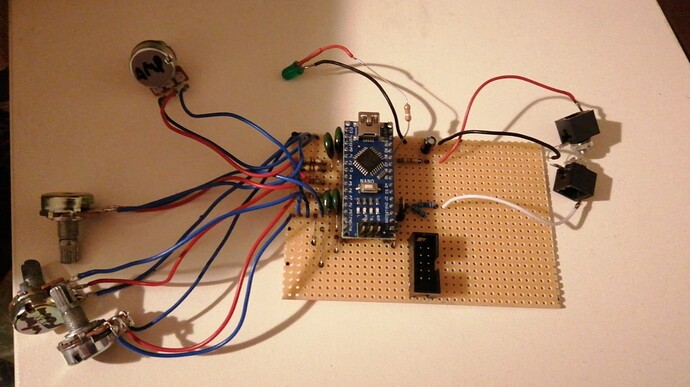 It works, unfortunately it doesn’t sound quite like the one from @HAGIWO. The waveforms don’t look that clean, the LED doesn’t work and the Arduino doesn’t work with the 12v from the PSU either, so I have to tinker with it again.

Well, it should. You may want to have a look at this: 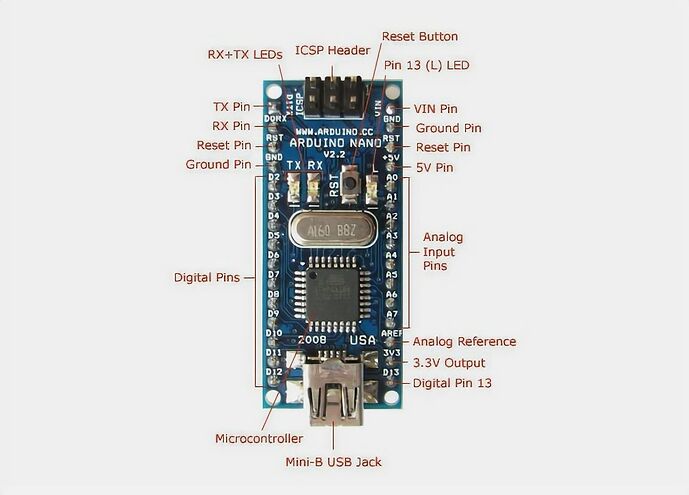 and maybe read this: 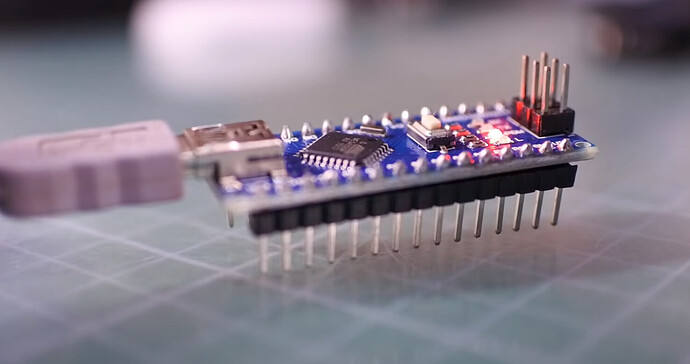 How to Power Arduino Nano: Tutorial for Beginners - NerdyTechy

Ways to Power the Arduino Nano. Power Characteristics for the Arduino. Connecting the Power. Guide for Beginners. Check it Now!

It describes how you can use 6 to 20V to power an arduino. Mind you, this only works from the right pin, the one marked as ‘VIN Pin’. But it is wise to keep the input voltage low, to reduce the power that needs to be dissipated by the DC regulator.

The new single row is filling up fast. Now I have a good range of modules from folks here. Thanks @analogoutput, @d42kn355, and @CTorp. Top notch modules. Hope to get more from y’all. 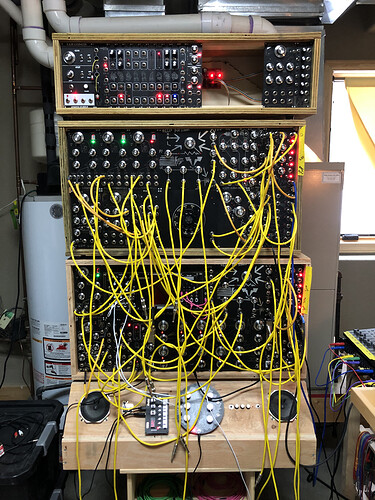 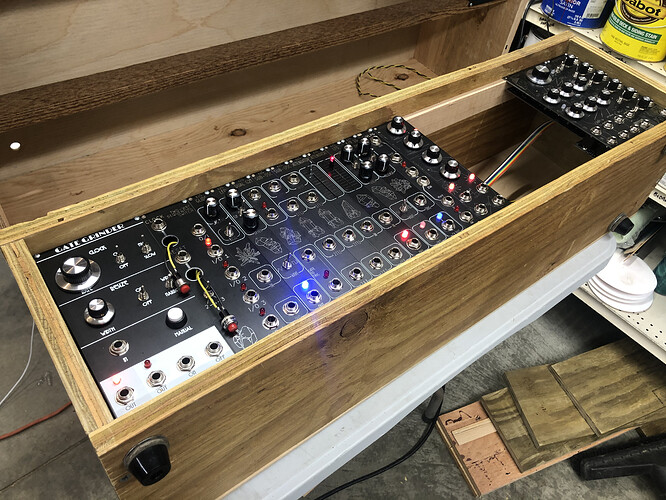 this may coax me into fixing the tiny errors on the xfade VCA.
unless you dont mind doing some fixes? lol - i have a few of em just sitting here.

been wanting to see them in peoples racks.
I think me, @CTorp, and @ChristianBloch are the only ones that have em.
Christian seems to have issues with his, but mine and corys seem to be workin fine.

I don’t mind fixing errors if there are good instructions. I’m def game to pick one up. Somehow I missed that one or i would have pinged you by now.

…or in a lot less words and fewer ads

(thought I’d collect my nano supply notes in one place to make it easier to link to) A common design glitch in circuits that use an Arduino Nano is to connect regulated 5 V to the VIN pin instead of the +5V pin. This results in the Arduino running at a lower internal supply voltage, often 4 V or below, which may be a problem if the design depends on analog inputs or digital output levels. Voltages below 4.5 V are also out of spec for the 16 MHz clock used by the Nano. Details below, but TL;DR …

Yes, I know that, I’ve already operated it a few times via 12v via the VIN pin. Maybe I have a cold solder joint, I need to check it again. I don’t know why the LED doesn’t light up, I took a 39k instead of the required 33k resistor, but that shouldn’t be a problem, I think, if at all only the LED should light up a bit less.

I also looked into the code again, actually it shouldn’t be that difficult to create your own waveforms, in principle 0 is the lowest point of the wave and 1000 is the highest. If you let them go up from 0-1000 you get a ramp. If I got that right. I have to try a little.

33k seems very high for an LED and 5 V. Maybe too high? I typically use about 2k with 12 V – depends on the LED of course. But anything above about 470R ought to be safe.

Soooo that took a while… got there though. 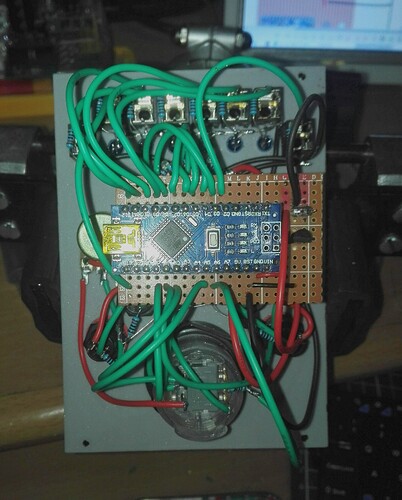 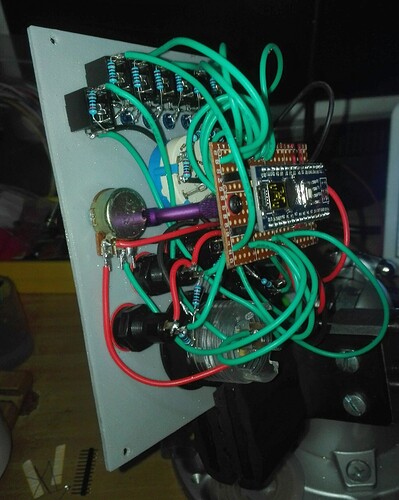