Bug fixing only period begins today for KiCad 7 per the release policy!

Note: to keep this from getting really long, please split discussion off into separate threads. Thanks! Board/library footprint checking. 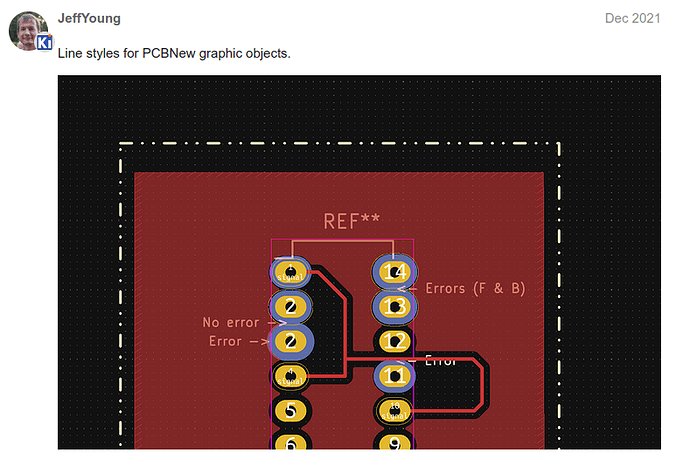 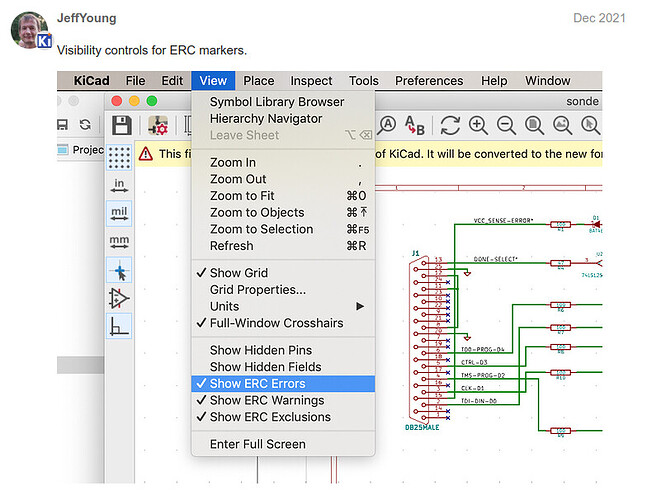 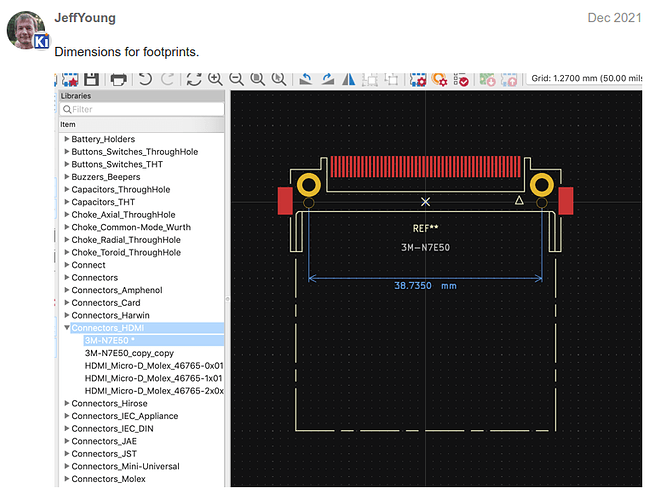 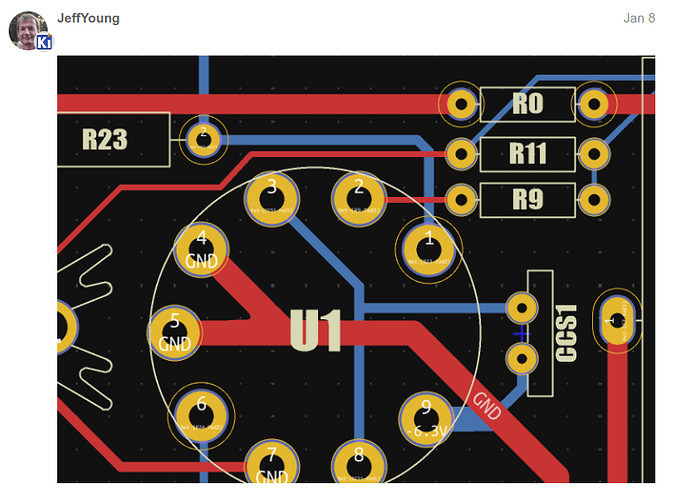 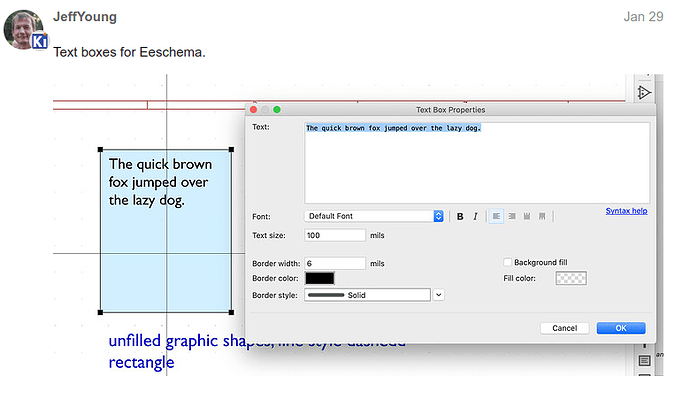 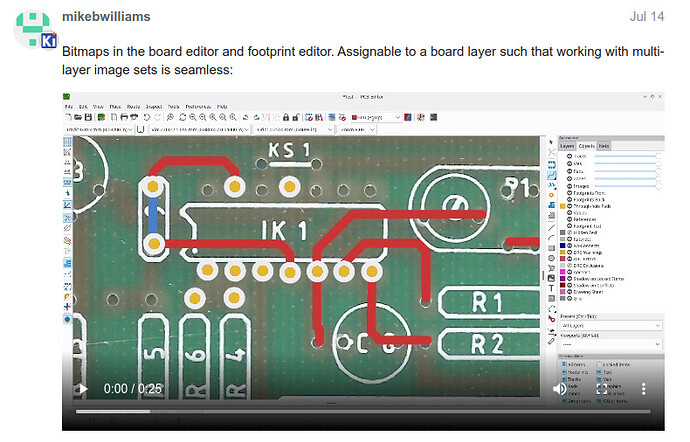 Heh - I only just upgraded to 6 this week, and even had to install 6.99 to open someone elses board. For my hobby I try and stay off the release treadmill, feels too much like my day job otherwise.

Last year I started using KiCad 6 exclusively (for anything I didn’t want to release publicly right away) when the first RC was tagged. Saw a few glitchy behaviors but nothing worse. In fact the main speed bump was when 6.0.0 was released, and I had trouble importing my settings from 5.x. Told myself next time I should just start fresh with new settings.

Blog update, KiCad 7; “We are all working to hopefully have a KiCad 7 release by the end of January 2023 but no promises!”

The end of 2022 is here and quite some work has been accomplished on various parts of KiCad over the year. We are all working to hopefully have a KiCad 7 release by the end of January 2023 but no promises! This is a highlight of some (but not all)...

I am most excited about the pack&move feature and the cli interface for exporting BOM and schematic (I want to use them for automation on GitHub, so they are always up to date!)
Maybe also the autoroute-like features, they seem nice as well!

I just tried the CLI schematic export — I was worried it might print the schematic rather than plot it, printing has a long standing bug where it screws up the page margins — then again printing to PDF isn’t built into KiCad so maybe that was never a possibility — anyway it does seem to plot it. Hugely useful, now I just have to learn about git automation!

BOM export’s a little less useful since at least for release I have to hand edit the BOM for things like DIP sockets, M3 hardware, and knobs, and I don’t want those edits getting automatically overwritten. Though I suppose in theory those could be parts shown on the schematic but omitted from the PCB. They’d clutter the schematic though. Or maybe my Markdown BOM plugin could be made smarter, to do an include of a file containing those parts. Hm.

When I’m feeling particularly perfectionistic I do this:

I’ve been using 6.99 for a while due to vanity (custom fonts on the PCB) but the biggest drawback is that not every plugin works yet… I hope they will all be ported by the time 7 is ready 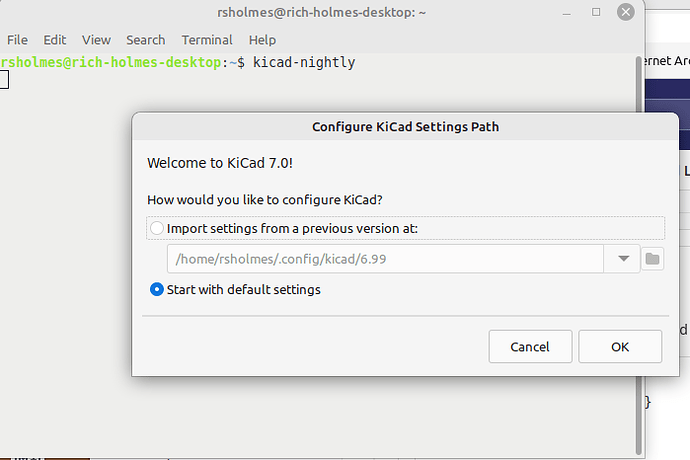 Already using the “Do Not Populate” attribute 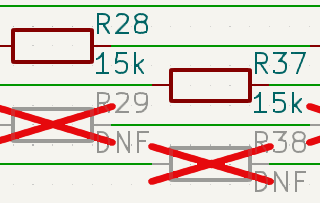 (which unfortunately is ignored by the 3D view)

When I’m feeling particularly perfectionistic I do this:

Did you find those symbols somewhere or do them yourself? Not that I can’t draw screws and nuts and spacers, but I’ve been spending too much time in KiCad lately already…

Did you find those symbols somewhere or do them yourself? Not that I can’t draw screws and nuts and spacers, but I’ve been spending too much time in KiCad lately already…

I think I drew them by hand. I can dig the library out for you if you like. 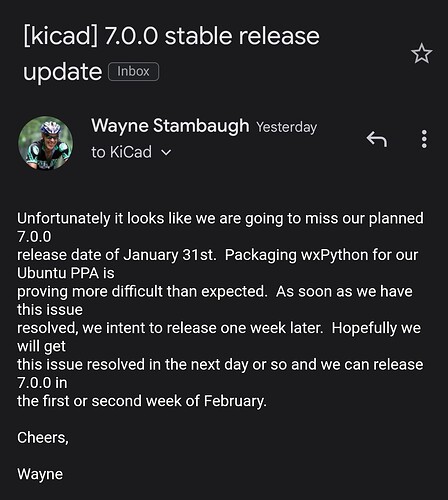 Fixed now. I was guessing someone just forgot to update a variable inside a loop but the fix looks a lot more extensive than that.

This was a bug in Update all symbols in schematic that gave rather sub-optimal results like this: 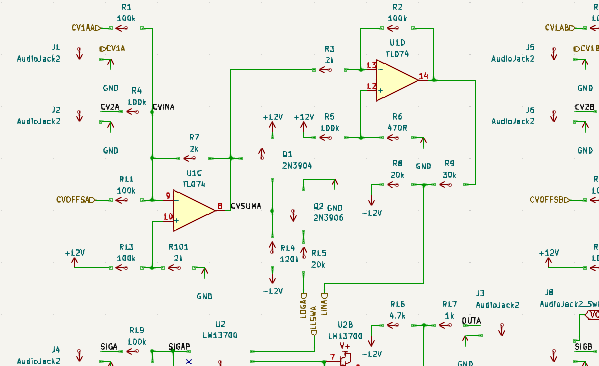