I’m really enjoying learning kicad but find it weirdly difficult to make good board outlines. If I try to round the corners I have problems with DRC either saying the polygon isn’t closed or the lines self intersect. I can zoom right in and check the little red circles are aligned and it still doesn’t work.

I expect it’s to do with placement of edge cuts relative to the grid (i.e not perfectly aligned with the grid) but was wondering if anyone had a foolproof idea of getting lines to snap together

I always draw board outlines first, before placing or orientating footprints. I use a 5mm grid size to make everything snap together. If you’re just interested in drawing square/rectangular boards without rounded corners you can use the rectangle tool which draws a box with coincidental corners.

I haven’t tried it, but some people have success drawing things in a more useful or forgiving tool, such as inkscape and then importing that into KiCAD.

Be interesting to try for anything complicated

My solution is I’ve never rounded the corners…

(But yeah, use the grid alignment.)

I always round corners (also non-right-angle ones) by joining lines with arcs, using the grid for alignment. Never had any problems, just make sure the points snap together.

Weirdly they were directly aligned but wouldn’t snap .i think being offset to the grid is probably the answer

I draw the square first and am careful to align my rounded corners to the grid. Then, snap the square to the ends of the round corners. KiCad really isn’t great for this kind of stuff.

I have used import to get some odd shaped pads in the footprint designer, and that was a painful experience.

You can always replace the grid origin to align it with your outline, that should help

are you getting the bullseye 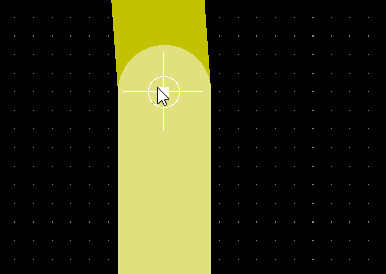 may relate to corner size i suppose. 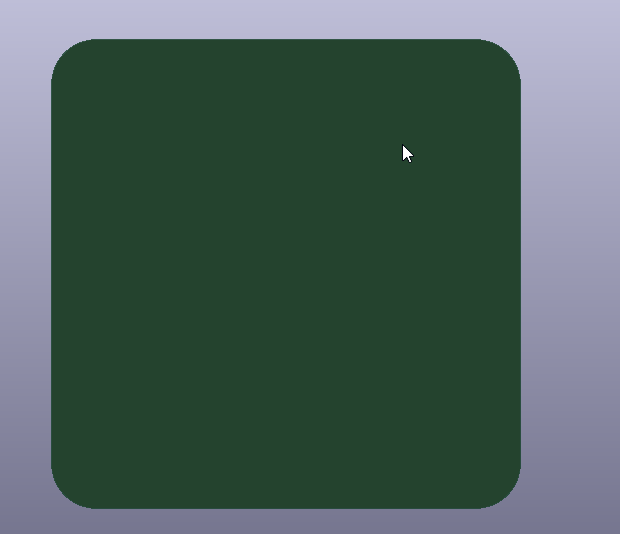 i use rounded corners for snap lines on two part pcbs

yeah I had the bulseye

Can you upload somewhere an example PCB file with the problem?

I’ll wait until I do a new project, it was just a test from an online lesson and I’ve deleted all the curve segments now. I think realigning the grid would fix it I think it’s to do with the resolution of how kicad measures locations

Did a quick video of how I’d do it.

It’s a lot easier to draw a rounded rectangle in Inkscape and import that. The down side is that it imports as a polygon of many sides, a couple dozen per corner, and if you need to edit the shape or size, it essentially can’t be done in KiCad, so you’d have to do it again in Inkscape and re-import it. 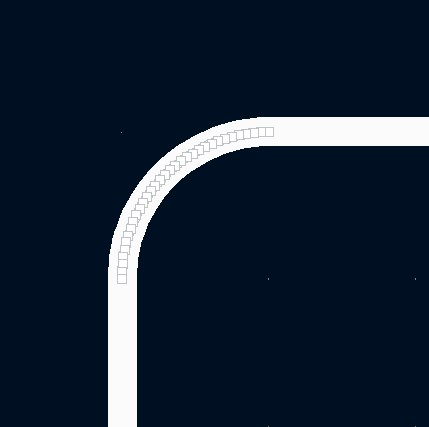 I also tried drawing it as four arcs connected by lines in Inkscape, but not only was that not really any easier than doing the same in KiCad, but when I imported into KiCad I got the arcs but not the lines: 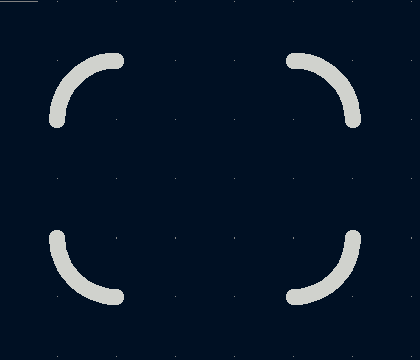 and the arcs were not arcs in KiCad but multiple short lines, so still not editable.

I just fired up librecad and drew a rectangle - I can then use the fillet tool with a user specified radius to quickly and neatly round the corners. Saved it as a DXF and then imported it into KiCAD 6 onto the Edge.Cuts layer. It comes in as a group, but then you can explode that group and it looks like you get a real arc object: 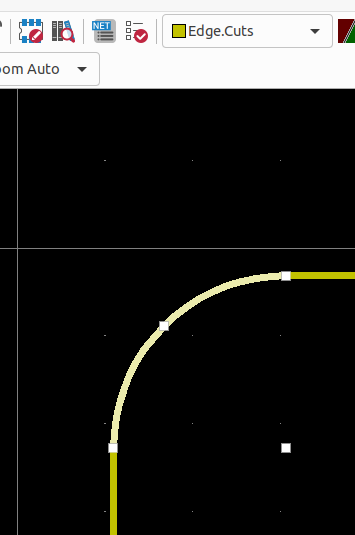 Now, this is just five minutes of noodling, I haven’t taken it to fab so have no idea how well it works in practice.