I’ve seen plenty of the DSO138 scopes in photos or videos that have been posted on here. I’ve also found references on here to the DSO150 (DSO Shell) and the newer DSO138mini. Just wondering which variant of all these DSOxxx scopes people recommend…?

I’m more after seeing what’s going on, rather than total accuracy…

Technically they are almost the same…
So you choose :

I have a DSO138mini. It’s cheap, and single channel so is good for seeing if a signal is present or not, but for actually analysing said signal you’ll need to spend a bit more. It would probably be good for a Kosmo module.

It came with a clear acrylic case that snaps over it and is powered via microUSB. I think you can buy a LiPo battery adapter board for it for offline usage.

Oh, also, if you do buy one intending to use it for debugging pick up some good probes - the stock ones are noisy garbage.

It’s good for beginners but you’ll hit the limits quickly.

If you just want to see what’s going on, it might be for you but I can’t recommend it for anything else.

DSO Shell has similar bandwitch as DSO138 but contains significant improvements in structure, mechanical, and operation.

Display and MCU are now mounted on the same board (mainboard) to avoid using inter-board pin-headers. Feedback from DSO138 usres have shown that soldering on the pin-headers are often problematic for many beginners. Analog channel is placed on a separated board which contains most user install parts. This brings in better separation between analog and digital circuits. Without the analog portion the mainboard is actually a general purpose control board that can be used in many other applications. The mainboard is fully installed (except a few through-hold components) and factory tested before packing.

Rotary encoder has been added. It makes parameter adjustment much quicker and easier.

The sensitivity of DSO Shell has been extended in both directions and is higher and wider than DSO138. It reaches 5mV/div — 20V/div while DSO138 is only 10mV/div — 5V/div.

[DSO138] is an old model. For new purchase, DSO138mini is recommended for its better structure and reliability.

I grabbed a DSO150 as a way to get back into DIY projects/soldering and was using it for a little while. It was quicky superseded by a 2nd hand hantek 4 channel digital scope. The DSO was fine for getting started, and it could probably be turned into a module fairly simply.

The build guide may shed some light on the subject.

it could probably be turned into a module fairly simply

How to Build a Cheap Eurorack Oscilloscope for under $30

A how to guide for building a cheap eurorack oscilloscope for under $30. The JYE DSO 138 DIY KIT offers a cheap, easy way to add a scope to your modular.

or not so simply

Anyone know what this DSO138 power header is (and maybe even a source for the matching connector)? 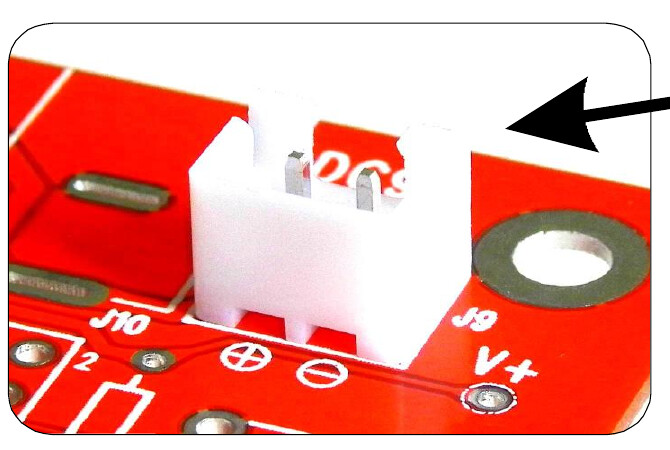 I just assumed it was some sort of Molex connector. Someone asked a similar question on the JYE Tech forum a few years ago, but no answer…

Looking at this page, it looks similar (ish) to the JST-PH 2.0mm Battery Connector:

The JST PH 2.0mm battery connector is more commonly referred to in Micro RC as an MCP or MCPX connector

According to the manual, the pitch is 2.54mm, not 2mm as @fatboab said. 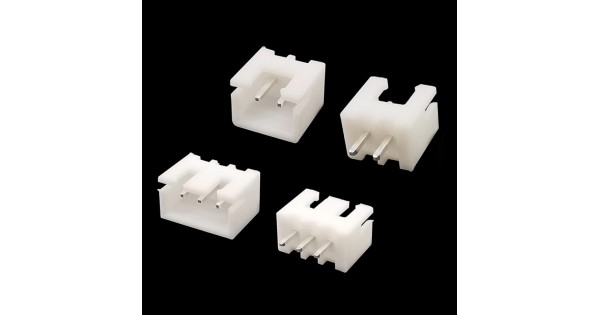 I should really have been posting my woes with trying to assemble my DSO Shell here. Essentially though, the soldering of the thru-hole components went well enough that any dramas were handled and everything mated into the shell. Step 4 of the instructions was checking the voltages, which also went well. Step 5 calibration was another matter though… 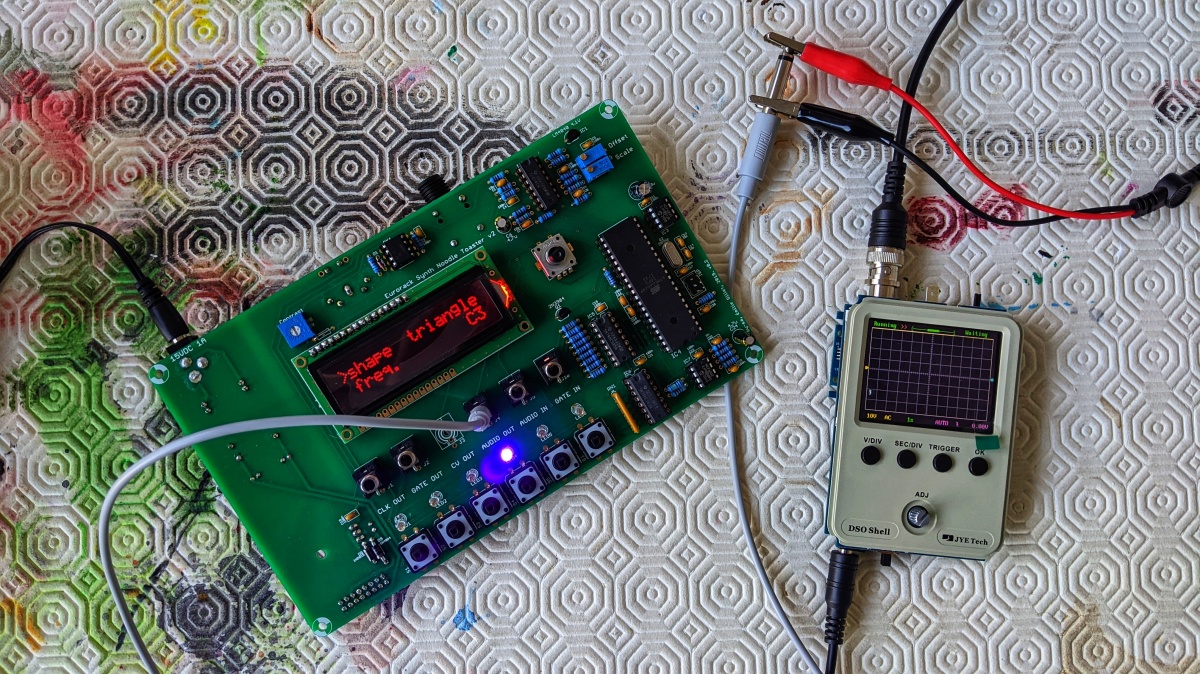 I dug it out of it’s box this morning and went back and checked all the voltages again, there are issues…

The first thing they tell you to do, is to check the voltage at U5 pin8 to make sure power supply is connected to the chip. This voltage should be the same as V+. Not quite sure how to do that when it’s a SMD chip that’s sandwiched in between the two boards… 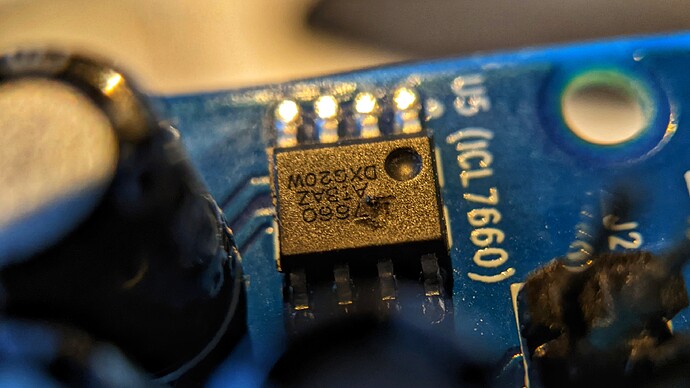 Not sure, but that doesn’t look too happy. Not sure if I’ve wellied it with the soldering iron, or it’s it’s burnt out internally. Might buy one and see if I can replace it, although I’m not sure how I’ll get the iron tip in between those electrolytic caps and header pins…

Yeah, that looks an awful lot like chips I’ve plugged in backwards.