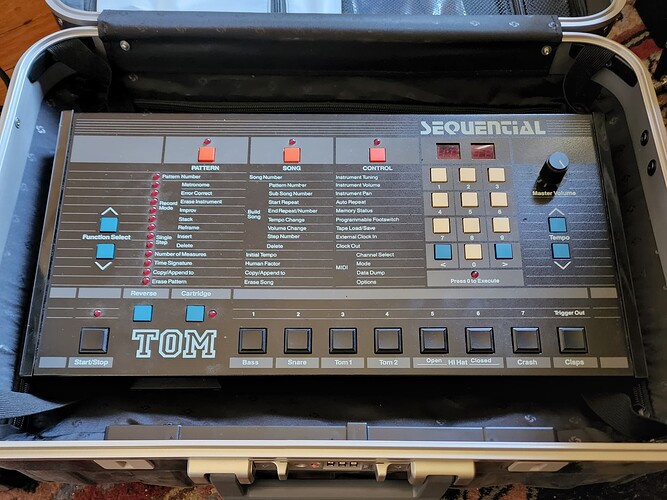 We’ve lost a friend which I could spend ages and would’ve written a tribute magnificent enough to warrant a post. Forgive me. I can never meet this great friend Dave Smith who’s legacy is nearly touching the entirety of computer music technology of today. Sequential Circuits Prophet 5. Korg Wavestation. I read some better tributes and he seemed very humble for a giant man. Synthesizer nerd stuff. He was the coolest. I got Sequential Circuits Tom.

And let’s not forget that he proposed and co-invented MIDI!

Upon re-write I removed that because I felt too nerdy putting that. He has said in interview that only the Japanese manufacturers agreed to talk to him so Sequential and the big Japanese manufactures debated it for a long time. They didn’t have it perfect but it was all kind of clandestine and they didn’t form a laboratory test on it. Today the DIN-5 plug still is standard.

Dave Smith’s original proposal for midi had many useful suggestions including device ID so you could merge without much bother. That, and several other ‘ideas’ never made it to midi.

How I found out was seeing the thumbnail for this video this morning. Having now watched the interview, I highly recommend it. Especially if you’ve never heard him interviewed before.