A year or two ago I bought an Orba, made by Artiphon who also produce Instrument 1. I find the Orba great as a handheld midi controller, but until now its capabilities as a musical instrument have been hampered by lacklustre support software.

Today Artiphon released Orbasynth, a free patch editor for the Orba that runs on Windows and OSX. I’m looking forward to this. 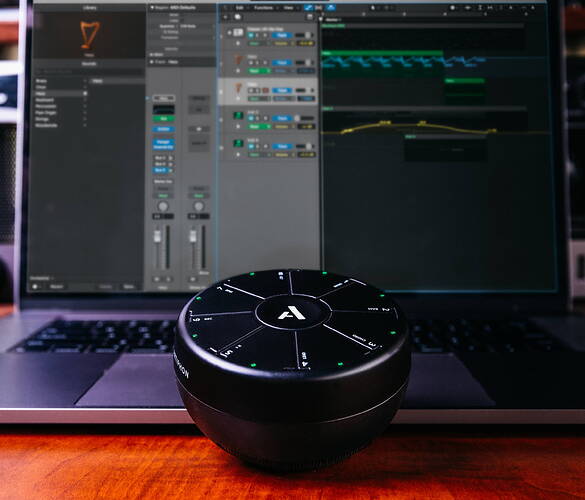 Whether you're looking for Artiphon Apps to control your Artiphon Instruments or ready-made download built to work seamlessly with your Artiphon products and your favorite DAWs, you've come to the right place. Find all of your Artiphon download needs... 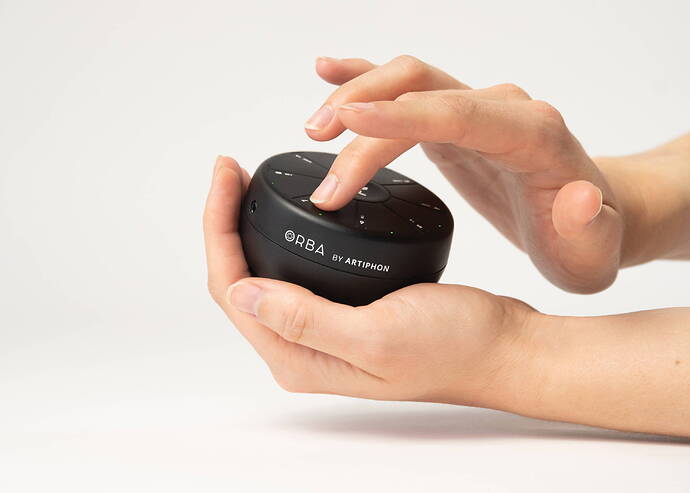 Orba By Artiphon - The Synth, Looper, and MIDI Controller Designed for Your...

A synth, looper, and controller that lets you create songs with intuitive gestures like tapping, sliding, and waving.

Oh hey look at that! You’ve been wanting that for a while.

Well to be fair I use the Orba (as I had always intended) primarily as a miniature MIDI controller in conjunction with a DAW. It’s really very good in that role, and the existing patches are enough for me on the few occasions when I want to use it on its own.

There have been a lot of disappointed users on the official forum who were seduced by the promise of a highly portable and flexible standalone synth, which was a big point in the demos. I don’t know whether it’s too late to recapture that first gleam. There may well be many other such gadgets on the market, and of course it inevitably runs up against the many Android and iOS apps which turn your phone into a synth.

My own history with synths has been somewhat checkered, ever hampered by a volatile daughter whose autistic meltdowns can wipe out a lot of expensive kit in seconds. At least the small and robust Orba has escaped the fate of my beloved Akai Miniak. It’s a joy to play, too.

It’s been a couple of weeks, now, and even though I’ve had lots of distractions to cope with I was still able to get a couple of reasonable practice sessions on the patch editor.

My approach is to produce a “null lead” patch to use as a starting position. Most values zeroed, just one oscillator and one VCA in operation, LFO off, envelope set to a high and long sustain, and so on. This enables me to experiment by ear and get a feel for the effects of each control. This is particularly important for the gesture control features which give Orba its expressive character. You can link each of the four gestures (pressure and radial position on the playing keys, rotation and tilting of the entire device) to up to three synth parameters (say, filter cutoff or resonance, the level of an oscillator, the amount of vibrato) with the direction and intensity of each effect being selectable.

This is a moderately complex synthesizer, but it’s a fairly conventional design of the analogue-modelling type so there are no nasty surprises. It’s the gesture control that makes the Orba special, so the gesture coverage in this patch editor is particularly important. You can get some really freaky pitch-bend effects by linking the tilt gesture to an oscillator detuning parameter, as my family discovered to their dismay one weekend morning.