This seems to be an elegant and simple solution to the problem of checking for continuity and shorts in a self made euro rack cable. You need only a few passive components: 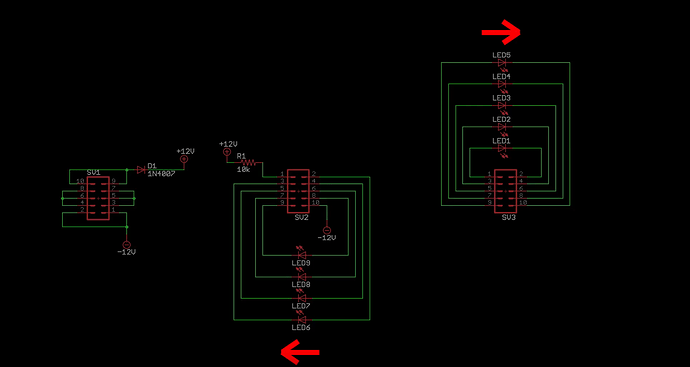 It uses only passive components. You connect the DUT (device under test i.e. your self made cable) between SV2 and SV3 (SV1 is for powering the circuit). Given that all LEDs will form a long chain, their summed forward voltages must not exceed the supply’s voltage (he recommends to not use white or blue LEDs). According to the maker: “If there is a break in any of the conductors none of the LEDs will light. If there is a short between conductors the LED between those conductors will not light.”

It is show in detail here: 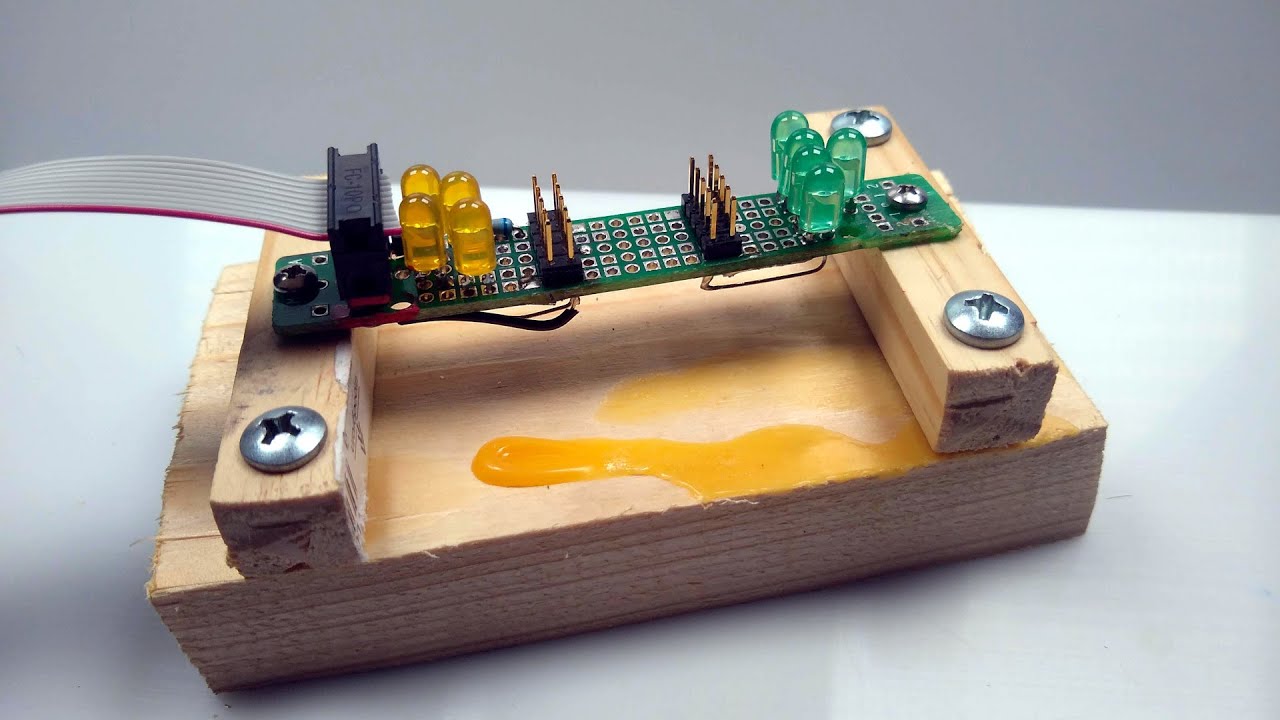 My version (leds were too bright to make a picture so I turned down the voltage and dimmed the light a bit):

This is the version I ended up making. I added a small box printed with my 3D printer. Oh and the people from the marketing department urged me to call it Test-O-Matic, which they said could be abbreviated to ‘TOM’ and if I ever would make a 2x5 contact version I could call that ‘Tommy’, which they assured me would be a winner product name! 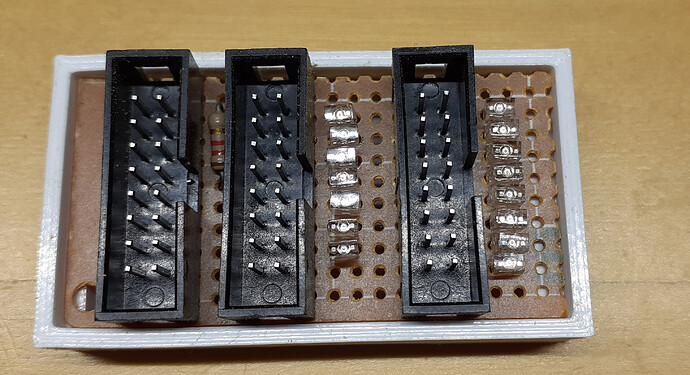 The one I use is more elaborate (using a Nano and an OLED) but not necessarily better — it does tell you exactly which problem it found on which conductor, but that may not be useful information since no matter what the problem is the solution is likely the same: Either try cutting off and replacing one end at a time, or just chuck the bad cable out and make a new one.

The Nano based design has both 10- and 16-pin headers for both ends, allowing tests of cables using either kind of connector on either end. It might be possible to modify the simpler design likewise, at the cost of somewhat more wiring to connect each LED to both headers, and I guess a switch to select whether to connect the negative rail to pin 10 or 16… maybe?

Thx for your suggestions. The original schematic I refered to at the beginning of this thread shows a 10 pin version. Have a look at the schematic and you’ll see that extending it to the 16 pin cables I’m using in my modular really is a no brainer. One could try to combine those in one device, and use a switch as you suggest, but one could also just make 2 test devices given that the number of components and the cost involved is low as it is. The one draw back this approach has is that you need a power supply (or 2 bench supplies in series as I do when testing cables) that has an output voltage high enough to power all the LEDs in series.

Just made one. Ofcourse one led was the wrong way around, but that was easily found and fixed. 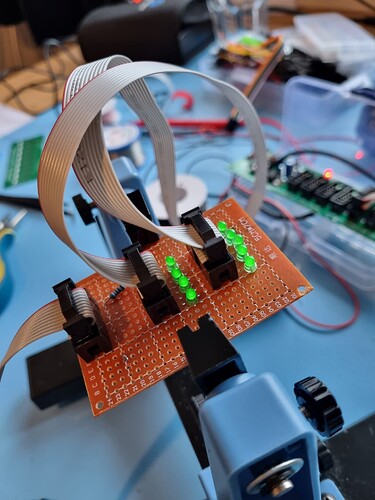 Don’t look at the back lol 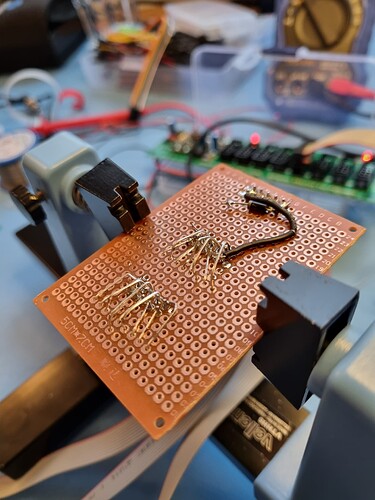