Playing a Pipe Organ through an Analogue Synth

Quite amazing! This is definitely one for Sam to try!

I imagine he’ll use some delays, filters and whatnot so there will be a virtual church. I hope he makes a point of keeping the electronic signal path all analogue. This could be educational in contrasting modern digital spacial modelling with the analogue approach. Or perhaps he’ll go old school and use an adapted echo chamber. There are still a couple of echo chambers at the old Abbey Road Studio which is now a museum. One is next to Studio 2 (the famous one) and there’s another on the roof.

I remembered that the 1971 album Alpha Centauri by Tangerine Dream featured organs, but I suspect those were just harmoniums rather than these hymns to the goddess of plumbing.

The German jazz organist Barbara Dennerlein (discussed on this forum a while back) has gravitated from her Hammond B3 to performing on church organs in recent years. Because church environments aren’t noted for their comfort and warmth, she normally rehearses at home using a church organ console and simulation software running on a Macintosh computer of some sort.

Ah here she is demonstrating it. 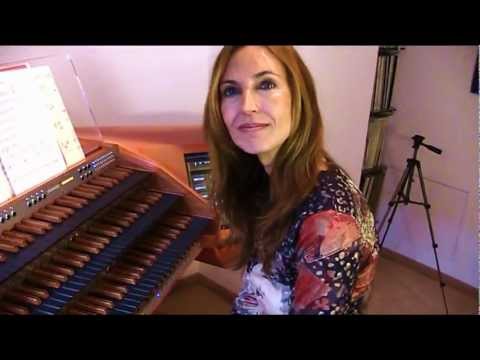 And then there’s Anna von Hausswolff:

Introductions: Say hello, tell us about yourself and your projects

Yeah, if I were raised in Germany I’d be crazy about organs too. So much great baroque music was written for church organ. In one of the Germanies, or by Germans living elsewhere.

Centuries from now, when historians wonder how the all-encompassing Church of Kosmo got its start, they will read this topic and be amazed.