My first Synth build is complete!

I know it’s Eurorack, and the community is geared toward more DIY stuff, but this was my first foray in to the world of synthesis, and I intend to move more in the DIY direction moving forward.

I ordered my first modules on November 6, and I’ve been piecing this together a bit at a time since then. 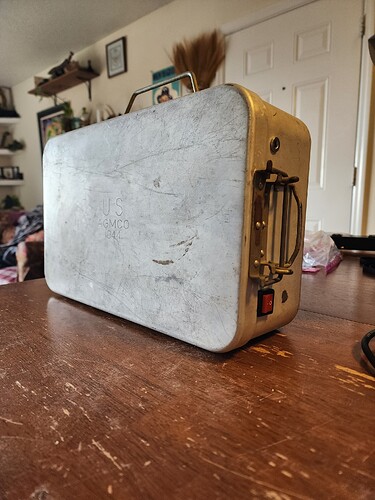 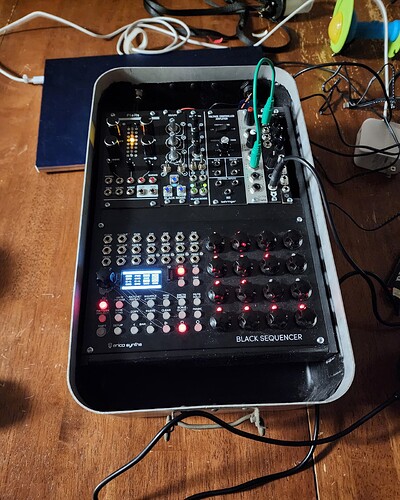 I call it: The Dídilibox (pronounced deedly box). Here’s the link to the build on modular grid:

ModularGrid is a community driven database for modular synthesizers with an intuitive drag and drop rack planner. The database supports all common modular formats like Eurorack, Buchla, Dotcom, 5U and Serge.

The Dídilibox is an 81 HP Eurorack build in a custom powered case. The case’s exterior is a US army issued camp stove tin from 1944, powered with the Frequency central power supply and a scratch built busboard.

Here it is in action. This is a little groove I slapped together last night taking it on a victory lap.

It took longer than I wanted and was harder than I expected. Probably a bit too ambitious for a first attempt, but the hard way is the way I tend to learn best. I learned a lot and I’m looking forward to my next project which will either be a VCO, VCA, or VCF built from the ground up.

Enjoy, and thanks again to those of you that talked me down from using a TRS jack to connect the PSU!

Thank you! I’m pretty happy with the way it came out. I can rationalize spending a couple hundred dollars on a module, but I couldn’t stomach the idea of dropping $300 on a box, and they don’t even make them look cool!

It may have taken a while, but even with international shipping on some of the parts I still paid less than $150 to put it together. Plus it’s got style and character you can’t put a price tag on!

When you mentioned your case was going to be a camp stove tin from ww2 i had to see it. This thing looks great! delightfully chirpy!

Love it. Good work my friend!

Good work, and nothing wrong with Eurorack!