How is accent supposed to work?

I was wondering how accents are supposed to work. On the circuits where I have seen them so far (808 hihat and befaco kickall, they are done in a way that if you have 0V on your accent in, there will be no sound. 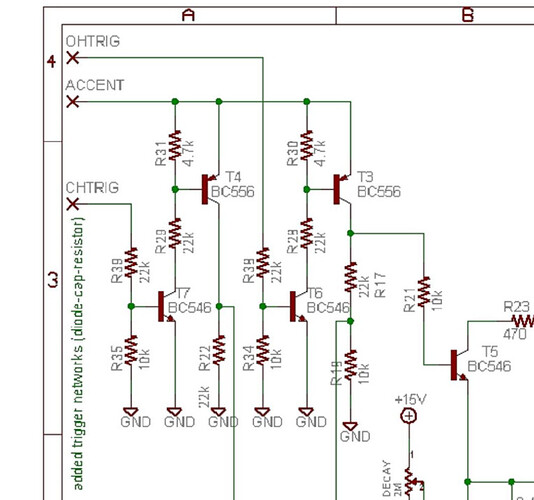 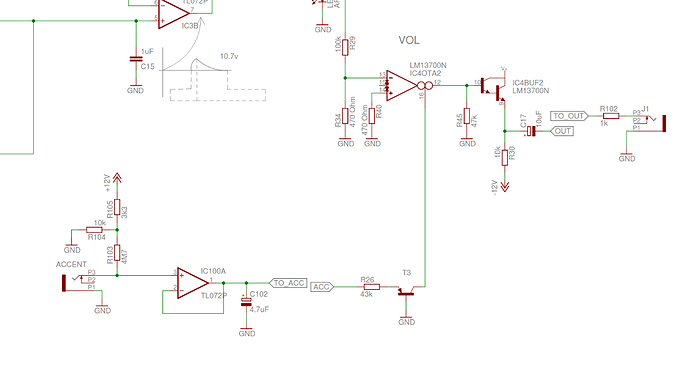 But on my Mutable Instruments Grids, the accent outputs are just triggers, so if I connect them to the accent inputs, I will have no output for normal steps, and only output for accented steps.
So I am wondering how this is supposed to be used? In these two examples the accent controls the volume of the sound and is normalled to some Voltage, but if you connect anything to the accent in, it will be replaced by that voltage. So, to really make it work, I would need some kind of summing before that, so I have a normal accent voltage of, let’s say 5V, and then when a “real” accent happens (trigger out from grids e.g.) that additional 5V would be summed to the already present voltage or how would this work? Or are accent ins supposed to be connected to some kind of LFO to make some variations?
What is the concept?

Summing, typically with an attenuator on the accent input. So, to get an accent you would send two simultaneous triggers and only one to the trigger input to get an unaccented output.

So, to get an accent you would send two simultaneous triggers and only one to the trigger input to get an unaccented output.

That is what I thought, but the way that these modules are set up, if there is only a trigger to the trigger input and not to the accent input, there won’t be any sound, because „non-active“ but connected accent in will pull the accent voltage to 0 and therefore there will be no sound! (For the hihat 0v at the accent means that the envelope will have a max of 0v and for the kickall it means that the OTA vca will not open)

Looks to me like in the Befaco the accent input is normaled to 12*10/13.3 ~ 9 V. I haven’t used this or anything else with an accent input but I’d think the way to think about it is it’s a VCA. That is, there’s an internal VCA to create the loudness profile (sharp attack, slower decay) but that’s processed with another VCA that sets the amplitude — with nothing plugged in it’s normaled to probably near maximum but if you plug in a CV (not a trigger) it’ll use that to determine the amplitude, including zero amplitude if you send in zero volts. That is, it’s multiplying by the attack CV, not summing it. At least it looks to me like that’s what Befaco’s doing and it makes sense to me.

Yes, that is also what I think how it’s working. And it works fine if you use a cv source like a LFO, but if you want to use a sequencer that puts out gate signals, let’s say to accent beat 1 and 3, then it does not work, because that sequencer will output 0V on beat 2 and 4 and therefore mute the kick on those steps. You know what I mean?

Yep. Sounds like two designers with different and incompatible ideas about how something should be implemented. Crazy, I know, but it could happen.

You could scale the sequencer gate and add an offset, of course.