I’ve come a long way since my second synth purchase in 2008: 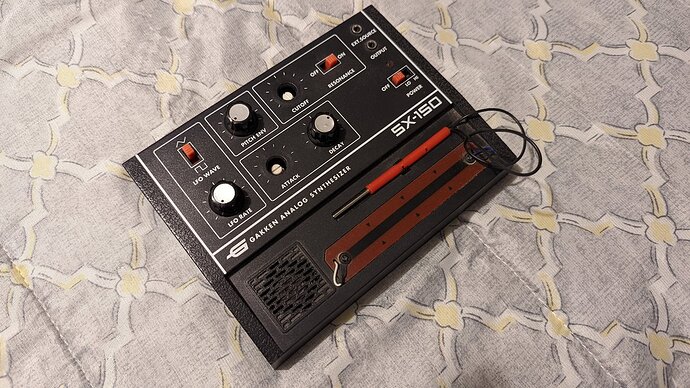 (First was a PAiA Gnome some 30 years earlier.)

Tonight I finally got around to some repair work; there was a loose connection on the power switch. Reflowed the joints and it’s much better now.

Unfortunately two of the knobs have gone missing. (And a third one fell off tonight and I couldn’t find it for a few minutes. They aren’t very secure.) I’d replace them but I’ve never found any knobs like them. They go on pots with knurled shafts that are recessed behind the panel, so the knob center extends about a cm back from the skirt. I tried googling for Gakken replacement knobs but came up empty. 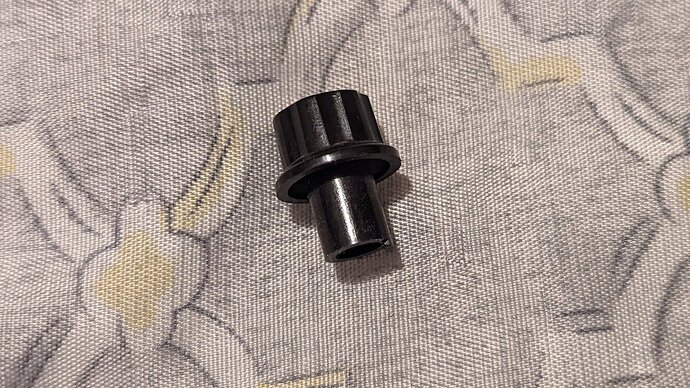 I thought about 3D printing new knobs. But then I decided an even better idea would be to 3D print some adapters. A regular Boss style MF-A01 could go on one end with the other end sticking out behind the skirt, a near clone of the original. After some trial and error I got something that fit on the SX-150 pots and had the right length. 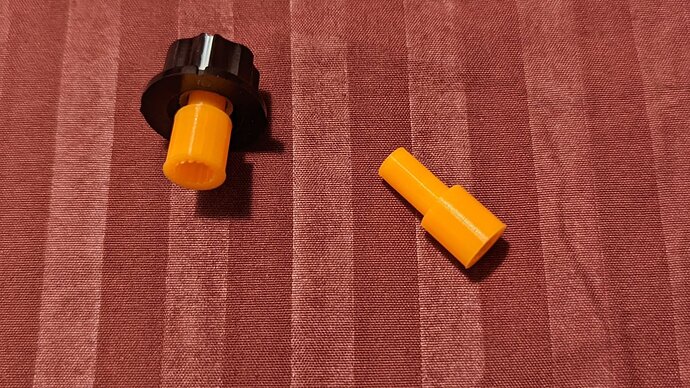 I liked it enough to replace all five knobs, not just the two missing ones. 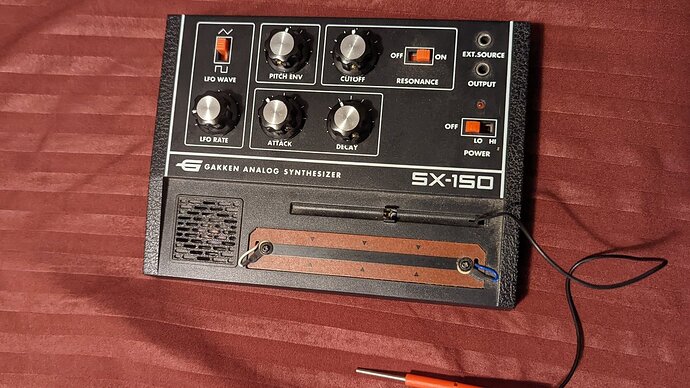 Did I mention there was some trial and error? 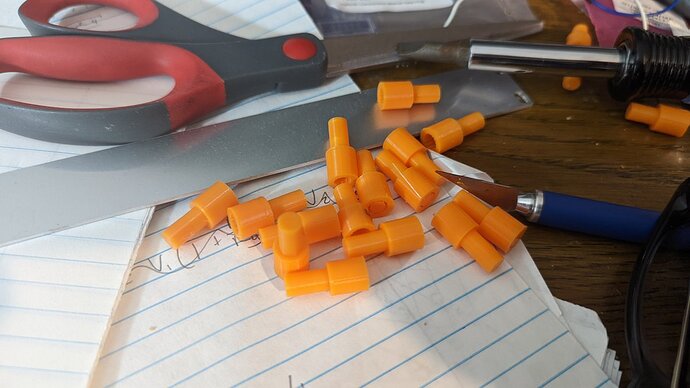